Girona in Game of Thrones

The definitive guide to Girona in Game of Thrones

The acclaimed HBO series Game of Thrones was shot in Girona for part of the 6th season between, August and September 2015. This page will be very useful to organize your trip to our dear Girona in Game of Thrones.

You can also download for your phone the Self-guided tour through Girona in Game of Thrones, in PDF, that we have created for you to follow, at your own pace, during your visit to Girona. And, if you still want more, do not hesitate and join us on one of our amazing Free Tours to discover more about the series. Welcome to the Seven Kingdoms!

The production company filmed on various locations in the Barri Vell (Old Town). They closed streets, put up high fences so that nobody could see anything, and there was a high secrecy as well as a real blockade in the center. Scenes were shot in a total of 7 different locations, set in 3 places in Westeros and Essos .

The most spectacular scenes were filmed on the Cathedral Stairs, where Jamie Lannister climbs on a horse to avoid Margaery Tyrell‘s walk of shame. The Cathedral is the Great Sept of Baelor, and there are also scenes in the Sobreportes Gate and the street that goes down, Pujada del Rei Martí. The cloister of the Sant Pere de Galligants monastery also makes a brief appearance.

Most of the scenes that were shot in Girona were of Arya Stark fleeing from the Waif, through streets such as Claveria, Sant Llorenç, Escola Pia and the Arab Baths. Not that far away, behind the Catedal Arya is blind and begs for money, and Jaqen H’ghar appears.

Outside the Baths a market was set up, where Arya buys a ticket to leave Braavos by boat. In Plaça dels Jurats Arya attends a burlesque play about the death of King Joffrey and, a little further on on the Galligants Bridge, Arya is stabbed and falls into the “mighty” river.

The only scene that was filmed in Girona of Oldtown was in the Sant Pere de Galligants monastery, which was the Library. Samwell Tarly arrives there with Eli and his son to study to be the maester of Castle Black.

Images of Game of Thrones in Girona 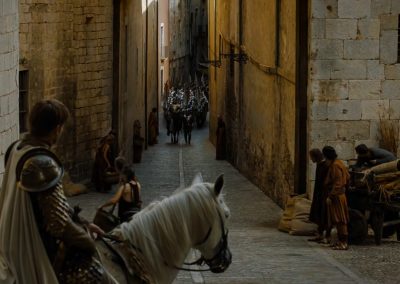 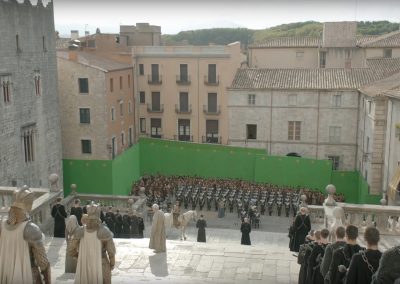 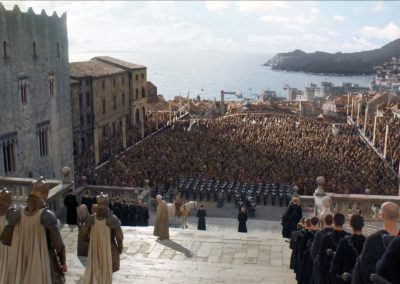 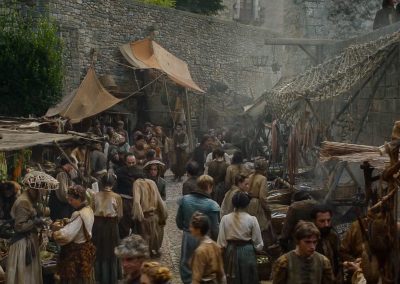 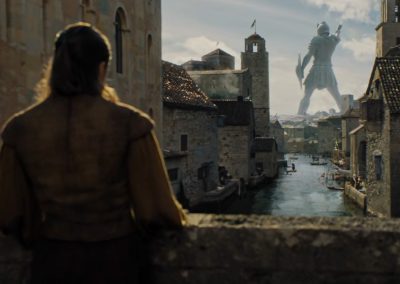 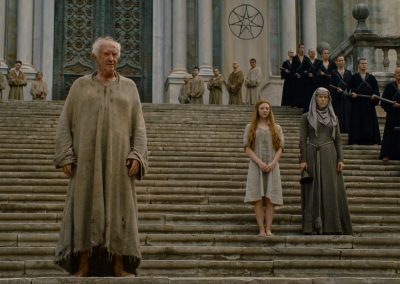 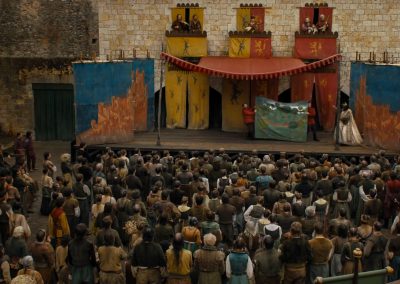 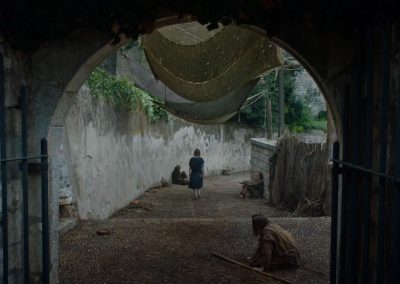 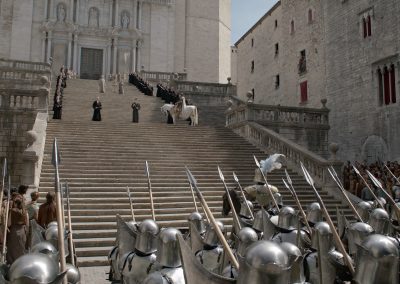 Looking for more Game of Thrones?

Looking for more? How did all the filming work? What happened to the extras? How has Game of Thrones affected the city? All this and a lot more, from the hand of our guides, 100% local and 100% fans of the series, in our fabulous Girona Free Tour and Free Tour Mysteries and Legends. Book now!

Self-guided tour through
Girona in Game of Thrones

Map of Game of Thrones in Girona

The following map will help you on your quest around the city trying to reach all the filming locations of the series. Don’t miss even a single one!

Leave us a comment and we’ll respond as soon as we can.